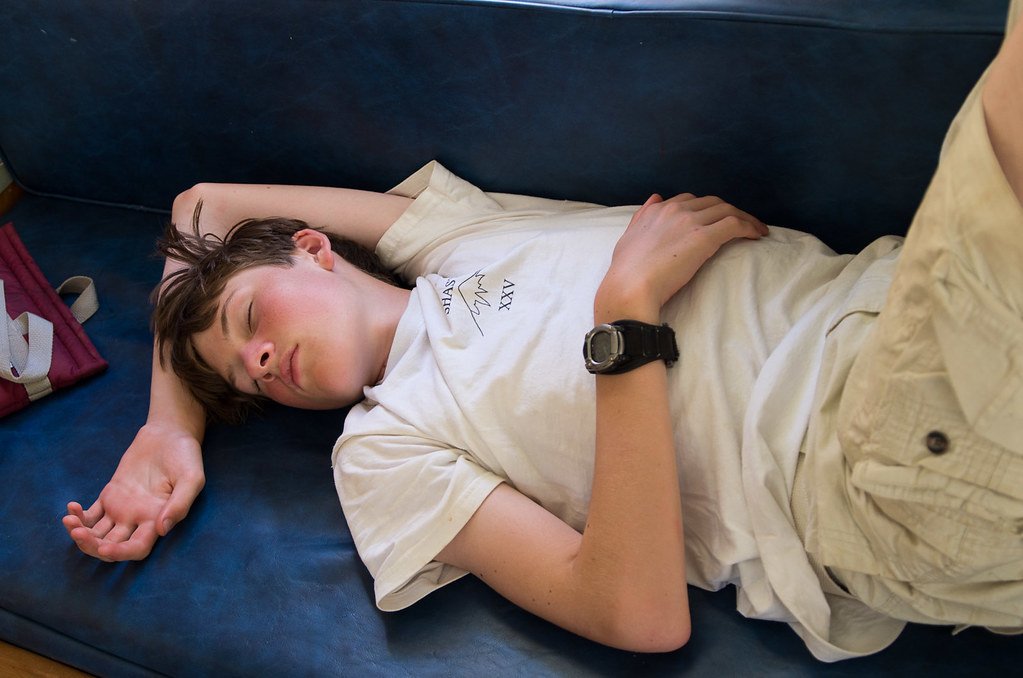 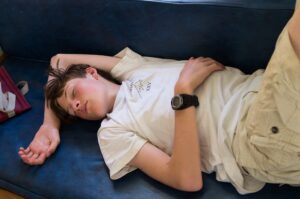 According to the CDC over 41 million American adults get 6 or less hours of sleep per night, causing concerns related to sleep deprivation. More alarming is the fact that only about 9% of teens get the recommended 8 ½ – 9 ¼ hours of sleep each night, leading to a myriad of chronic physiological, behavioral, cognitive and quality of life and health issues.
Sleep is a biological necessity, and should be considered as essential to one’s overall health and well-being as nutrition and physical activity. Not consistently getting both quality sleep time and a sufficient amount of sleep can critically impact and impede brain development, contributing to poor impulse control, depression and irritability, and overall performance in teens, as well as adults.
Dr. James B. Maas, PhD., a leading sleep expert from Cornell University refers to teens as being “walking-zombies”, as they try their best to cope and get through their busy days and nights. Numerous studies have found a strong link between sleep deprivation and teenage depression and anxiety. In a study of nearly 28,000 high schools students, researchers found that each hour of lost sleep was associated with a 38% increase in the risk of feeling sad or hopeless, and a staggering 58% increase in suicide attempts. These findings, coupled with the fact that adolescents tend to be highly emotional and reactionary due to their still developing prefrontal cortex, requires further thoughtful planning and guidelines addressing sleep issues and needs.
The natural tendency is for teenagers is to stay up later at night and wake up later in the morning. Due in part to teens’ sleep patterns, regulated by their internal biological clocks and circadian rhythms, a clear conflict is evident with early morning school schedules, in addition to other work, social, family and/or extracurricular commitments.
The time of night that one sleeps can also make a significant difference in the quality of sleep one gets, with the earlier part of sleep producing the best quality of sleep. A recent study has found that non-REM sleep (typically experienced between 10 pm and 3 am) is deeper and more restorative. Consider how this will affect a teen that finally falls asleep at 2:00 am only to have their alarm wake them at 5:30 am so they can catch the 6:20 am school bus on a cold, dark February morning, or worse yet, a teen that gets behind the wheel and drives to school.
It seems logical that since adolescents and teens are in school for an average of 6-8 hours a day, and educational and developmental gains are realized when optimal conditions are present, that the educational community should adapt to meet the needs of students. Unfortunately, the realities and challenges in bringing this to fruition for high schools are numerous, taking into consideration bus schedules, childcare needs, athletic programs, after-school jobs and the like.
Recently, NJ Governor Phil Murphy signed legislation (S3160) that will require the NJDOE to establish a 4-year pilot program, testing later school start times for 5 high schools. The law will assess how later start times will impact districts overall. “Research also shows that academic progress may be negatively impacted by starting school too early,” Murphy said. “By testing the viability of changing start times, we are exploring ways to improve learning outcomes for New Jersey students.”
Sleep deprivation is causing serious health and behavioral havoc in the lives of teen students, resulting in a recent shift in thinking regarding secondary school starting times and schedules.
Resources/references:

Funded by the federal Maternal and ld Health Block Grant administered through the New Jersey Department of Health, Child and Adolescent Health Program.